Skip to content Menu Close
“One Vision is good but a whole team of Visions can be greater creating even better Change” – V.O.W. 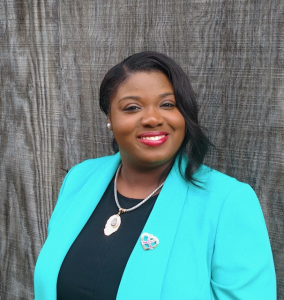 Request Me to Speak

Dorlisa Adams is the founder of Visions of Women (V.O.W.) and created the organization to educate others on the issues of domestic violence on college campuses.

To raise awareness on those issues, Dorlisa started a women’s support group to reach out to her colleagues and community in Greenwood S.C. While on the campus of Lander University she was able to have sessions on domestic violence, sexual assault, and healthy relationships.

Currently she is actively involved with developing Visions of Women’s community efforts to continue to raise awareness towards abuse and volunteer for organizations to help abused victims and homeless families.

In August 2017 Visions of Women was made a non-profit organization in the state of South Carolina. With the help of V.O.W. volunteers, executive board, and college students this organization is making the best efforts possible to continue to put the word out about domestic violence and other forms of abuse.

To stay educated on the issues of domestic violence Dorlisa has trained with SCCADVASA to become a victim service provider, have taken sexual assault trainings in the state of SC, and trained under Beth Beams from the Non- Violence Institute against domestic violence in Indianapolis.

While constantly growing into the profession as an advocate and public speaker Dorlisa Adams enjoys learning and teaching about domestic violence to bring awareness and promote healthy relationships because it is a rewarding job to have the opportunity to help others.

Since making V.O.W a non- profit Dorlisa has continued to do women support groups to talk about toxic relationships ending in violent situations and healthy relationships that can relieve stress.